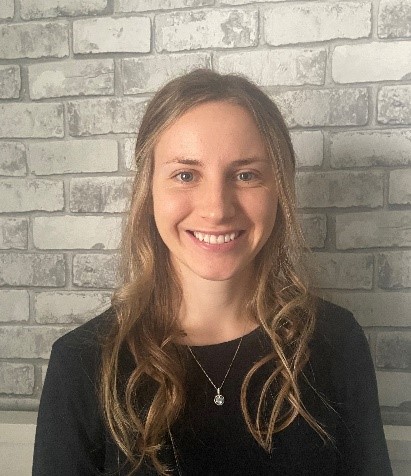 Chelsea Salter, 2020 CIGLR Graduate Research Fellow and master’s student at the Great Lakes Institute for Environmental Research (GLIER) at the University of Windsor.

Microcystin is a hepatotoxin released during cyanobacterial blooms, posing a human health risk in freshwater lakes worldwide. As natural resource managers seek strategies to reduce the severity and impact of cyanobacterial blooms, there is a need to better understand the ecological processes that influence the presence of microcystins. There is evidence that microcystins are removed through microbial degradation, but the mechanism by which this occurs is not well understood in Lake Erie.

Chelsea Salter, a 2020 CIGLR Graduate Research Fellow and master’s student at the Great Lakes Institute for Environmental Research (GLIER) at the University of Windsor, aims to gain a comprehensive understanding of the degradation process by studying the microbial community in sand from Pelee Island, located in the western basin of Lake Erie. “Lake Erie is an incredibly important resource, but its utility is threatened due to the toxins released from algal blooms that occur each year,” said Salter. “My work with CIGLR is providing me the opportunity to help tackle this challenge by utilizing bacteria to degrade microcystins.” 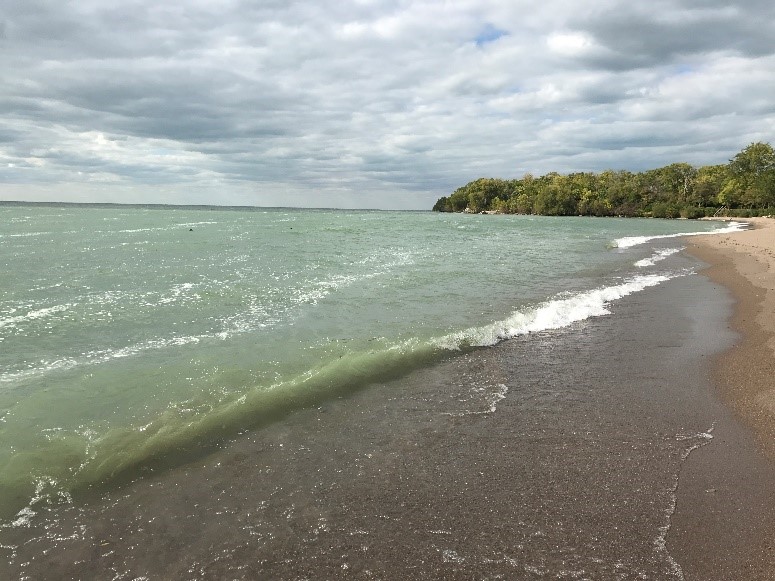 Pelee Island, Ontario, Canada, is an island in the western half of Lake Erie. Photo Credit: Chelsea Salter.

“Municipal monitoring of public well water on Pelee Island has shown an absence of microcystins during bloom events,” said Salter. “This groundwater is sourced from the surrounding lake but passes through sand trenches on the shores of the island, indicating biological degradation is occurring in the sand.”

Salter and her advisor, Chris Weisener, PhD (University of Windsor, GLIER), have partnered with Judy Westrick, PhD (Wayne State University) and Subba Rao Chaganti, PhD (University of Michigan, CIGLR) to investigate which bacterial species are involved, which genes are being expressed, and how microcystins are degrading.

“Our team is monitoring the changes that occur within the microbial community during exposure to microcystin variants,” said Salter. “Cyanobacteria blooms are becoming more widespread and it is imperative that we understand more about how to safely and effectively remove prevalent toxins from Lake Erie and other freshwater sources.”