The 2012 flood of the Nemadji and St. Louis rivers (near Duluth, Minnesota) delivered an unprecedented sediment and phosphorus load to Lake Superior. Since then, major changes have been documented in the ecosystem along Lake Superior’s southwestern shoreline near the Apostle Islands, including the occurrence of harmful algal blooms. 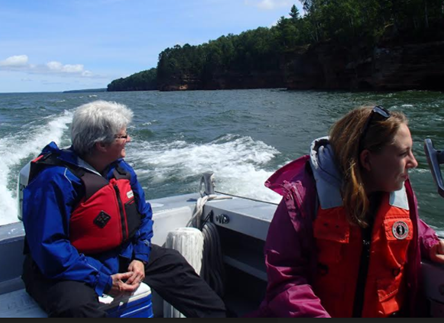 During the summer of 2018, Lake Superior experienced a cyanoHAB (harmful algal blooms consisting of cyanobacteria), which some are saying is the largest bloom to ever be recorded in this area. The extensive bloom was spotted in August and is believed to have been stimulated by storm runoff and flooding. Typically, algae growth is limited by nutrients in the water, specifically nitrogen and phosphorus. However, with more storm and flood events occurring, more of these nutrients make it into the water and fuel algal growth. As Lake Superior continues to warm and high intensity precipitation events occur more frequently, the emergence of harmful algal blooms (HABs) is likely to intensify and may threaten Lake Superior fisheries, tourism, and potentially even public health.

“The Apostle Island region relies heavily on the recreation and tourism that Lake Superior provides,” says Kaitlin Reinl. “Citizens in the area are very concerned about the emergence of these blooms, and are eager to provide information and assistance to managers and scientists in an effort to understand what is causing them and if they are toxic. In this case, our team has confirmed that Lake Superior’s August 2018 cyanoHAB was negative for toxins.”

Kaitlin Reinl, a 2017-18 CIGLR Graduate Research Fellow at the University of Minnesota Duluth’s Large Lakes Observatory (UMD LLO), Dr. Robert Sterner (advisor, UMD LLO) and Dr. Thomas Johengen (co-advisor, CIGLR) started a study in 2017 addressing the cyanoHAB near the Apostle Islands, its sources, as well as the conditions needed for bloom formation. By measuring nutrient levels, temperature, and algal growth in water samples from three regions, Kaitlin has started to examine the connection of HABs and climate change in Lake Superior. 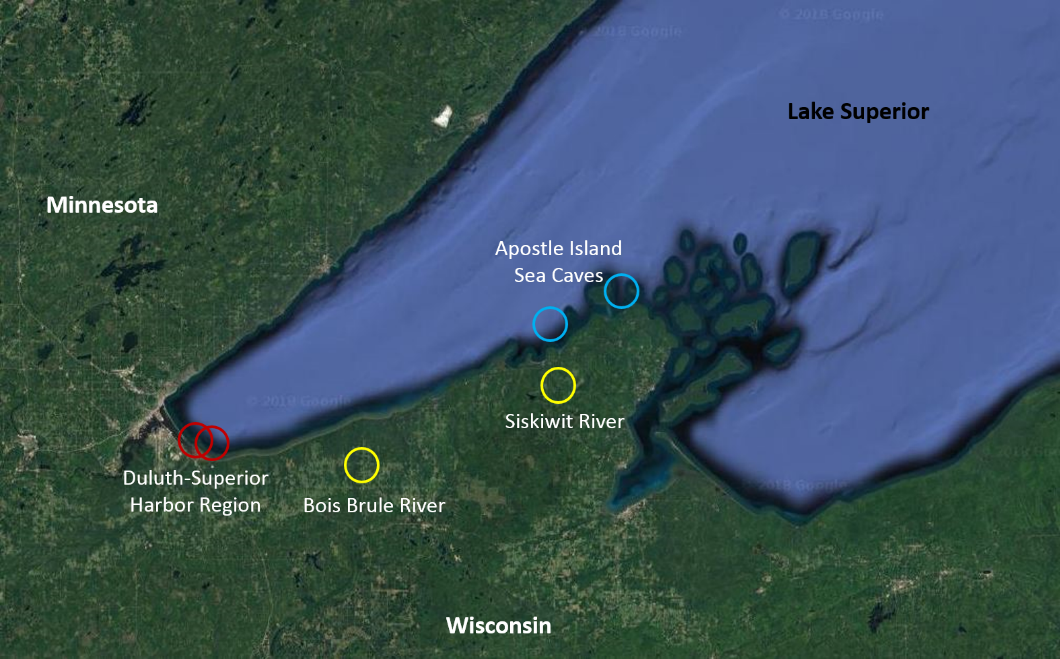 “Lake Superior is warming the fastest of the Laurentian Great Lakes and is experiencing a higher frequency of extreme precipitation events, both of which are connected to climate change,” states Reinl. “Higher water temperatures and increased nutrients both contribute to HABs. As temperatures continue to warm and extreme precipitation events that deliver large amounts of nutrients to the lake become more frequent, algal blooms in Lake Superior may become a persistent feature during summer months and increase in magnitude over time and space.”

In the summer of 2017, water samples from the Duluth-Superior harbor region, the Bois Brule and Siskiwit Rivers and the Apostle Island Sea Cave region in Lake Superior were collected and exposed to varying temperatures and nutrient conditions. Kaitlin’s results suggested that the cyanobacteria blooms were likely not originating in the lake. Instead, she found that the blooms were most likely being delivered through an inland water source, such as a river system, and that these cyanobacteria thrived in warmer lake temperatures with lower nutrient (N:P) ratios.

These results prompted more inland sampling during the summer of 2018. Kaitlin collected water samples during July and August from 26 inland locations connected to Lake Superior. Each sample was measured for a suite of water quality parameters and subsequently placed under the best growth conditions from their 2017 experiment. Each sampling site is being evaluated on its bloom forming potential. Currently, comparisons between sites that produced an abundance of blue-green algae are ongoing. 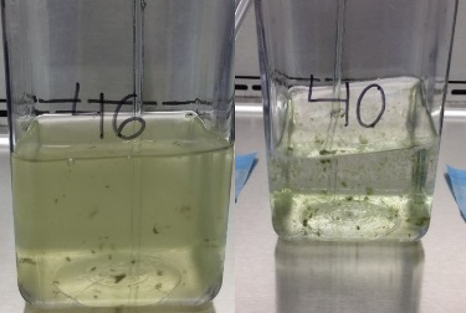 Kaitlin’s work has helped describe the physical and chemical characteristics of streams along Lake Superior’s southern shore. Her team is incorporating these data into a model to help understand the bloom mechanisms and to forecast future blooms in the Apostle Island region.

“Ultimately, we want to determine the role, if any, that streams play in the HAB formation,” says Reinl. “Our team has a lot of questions to answer and we are ready for the challenge.”

About the Author
Kaitlin Reinl was a CIGLR Graduate Research Fellowship recipient from 2017-2018, and is currently a Ph.D. student at the University of Minnesota Duluth’s Large Lakes Observatory (UMD LLO). The fellowship with CIGLR provided Kaitlin an opportunity to work in collaboration with National Parks Service – Apostle Islands (NPS-APIS) and develop working relationships with CIGLR scientists.