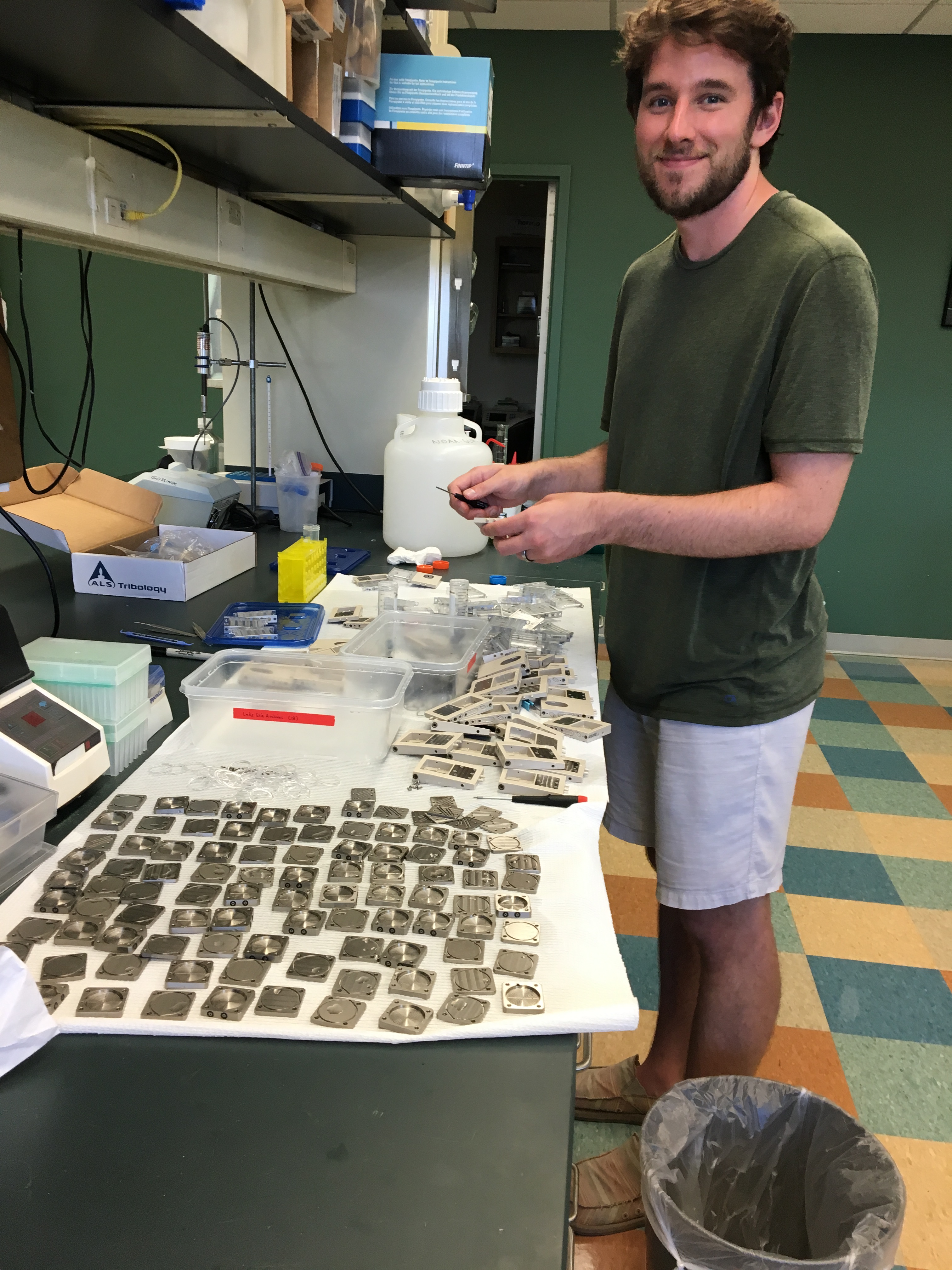 Harmful algal blooms (HABs) are a widely recognized plight for every United States coastal and Great Lakes state. Lake Erie experiences one of the most prominent of these blooms, threatening the health and drinking water of more than 11 million people, undermining the region’s crucial tourism economy, and limiting recreation around its waterways. While climate change and increasing nutrient pollution from residential and agricultural sources are instigating factors in HABs, the microbial community response to these conditions is what provides the mechanism for the adverse effects of toxin production and the development of hypoxic conditions. Investigating the changes in these microbial communities is essential to predicting and understanding their observed harmful response.

Paul Den Uyl is an Aquatic Ecology Research Technician (CIGLR) working with Steve Ruberg (NOAA GLERL) and Kelly Goodwin (NOAA AOML) in partnership with the Monterey Bay Aquarium Research Institute (MBARI) on a new technology to improve physical surveys of microbial communities in Lake Erie. “The goal of this new technology is to track and analyze toxic algae in the western basin of Lake Erie. We need a more holistic understanding of algal bloom initiation and toxicity,” says Den Uyl.

The new technology developed by MBARI, called the 3G-ESP (3rd Generation – Environmental Sampling Processor) and named “Makai” (Hawaiian for “toward or by the sea”), is a cylindrical rotor filled with cartridges and attached to a Long-Range Autonomous Underwater Vehicle (LRAUV). The LRAUV operates in three dimensions; meaning, it is able to sample the water column vertically from the surface to the deepest waters of the lake, as well as horizontally across the basin of Lake Erie, to capture samples before, during, and after an algal bloom. 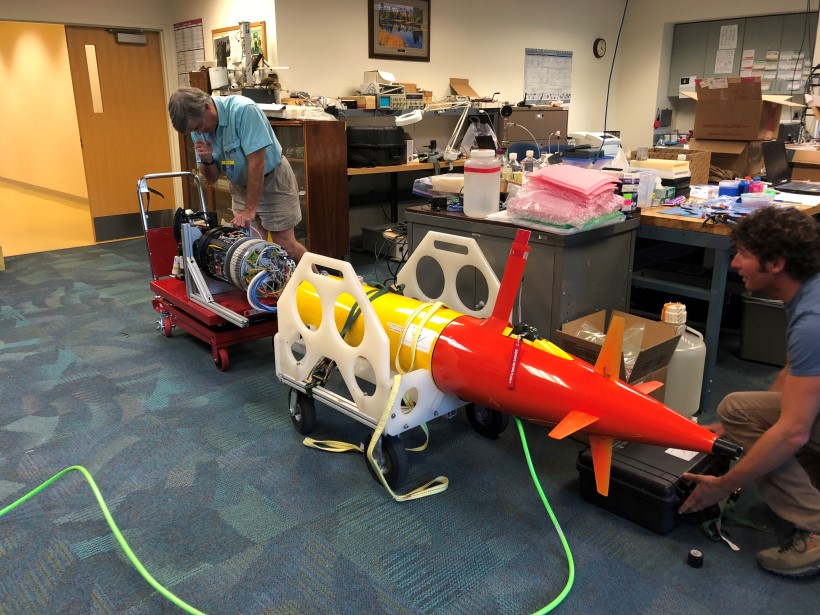 Figure 1: The 3G-ESP (piece on red cart) fits into a LRAUV (the yellow and orange piece). The LRAUV housing provides the 3G-ESP with programming capabilities to move to specific locations and depths in Lake Erie. Photo Credit: Russ Miller.

“Normally, field sampling to retrieve data for DNA analysis is quite time consuming. The researchers are required to reserve long stretches of ship time, prepare bulky gear, and collect substantial amounts of water. However, with the 3G-ESP, sampling can be done remotely. Directions are sent via computer programs to the 3G-ESP where samples can be collected at nearly any time or interval without scientists, crew, or boats in the water,” says Den Uyl.

The 3G-ESP collects water from the surrounding environment through an intake tube and is pumped through one of 60 internal cartridges. There are two varieties of cartridges: archival and lyse-n-go. The archival cartridge filters water through a membrane and applies a preservative. The lyse-n-go cartridge is more complex, composed of a heating element and reagents that allow for in situ DNA extraction. When the 3G-ESP is recovered from the field, the device is opened and the preserved filters or extracted DNA, depending on the cartridge, are recovered and frozen for laboratory analysis. 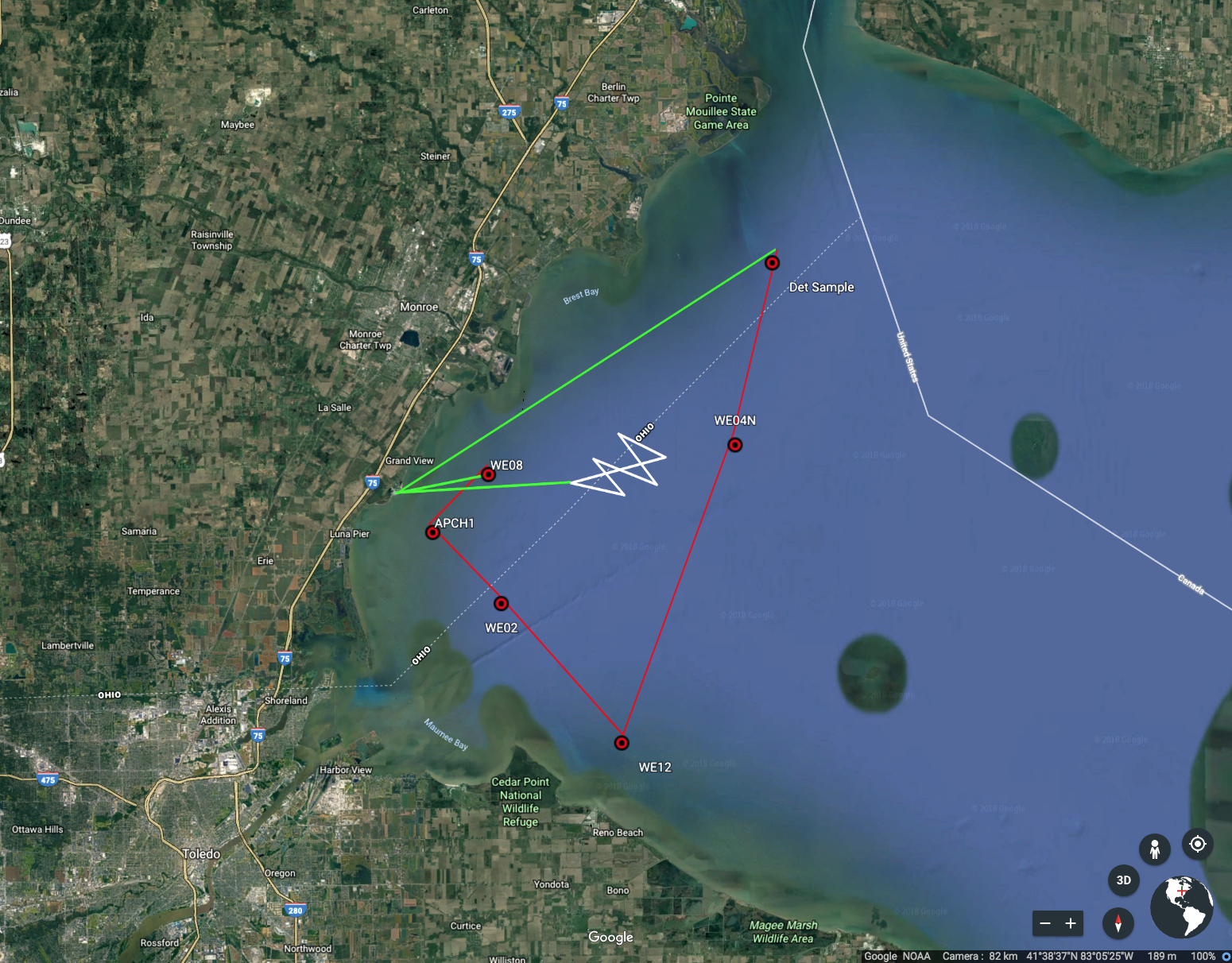 “The 3G-ESP will bring many benefits, including decreased reliance on ship time, an ability for higher resolution sampling across time, and even more reliable sampling since human error may be reduced,” says Den Uyl.

Currently, Den Uyl is preparing samples collected from Makai for a variety of different microbiological methods (e.g., quantitative PCR, 16S sequencing, 18S sequencing, and metagenomic sequencing). These methods help the research team obtain data that convey “absolute” quantities of cyanobacteria (the most prominent contributor to Lake Erie HABs) and microcystin-producing genes (most impactful toxin in Lake Erie HABs), bacterial community composition (what is present and when), algal community composition (what is present and when), and the genomes of abundant community members. These data will characterize the biology of the bloom and improve our understanding of how microscopic life determines and reacts to bloom conditions.

Improved characterization of harmful toxin-producing microbial assemblages helps provide a basis for enhanced management and prediction of HABs. Previous microbiological studies have contributed to identifying Microcystis as the keystone member of HABs in Lake Erie and laid the groundwork for understanding that not all Microcystis are able to produce the toxin microcystin. 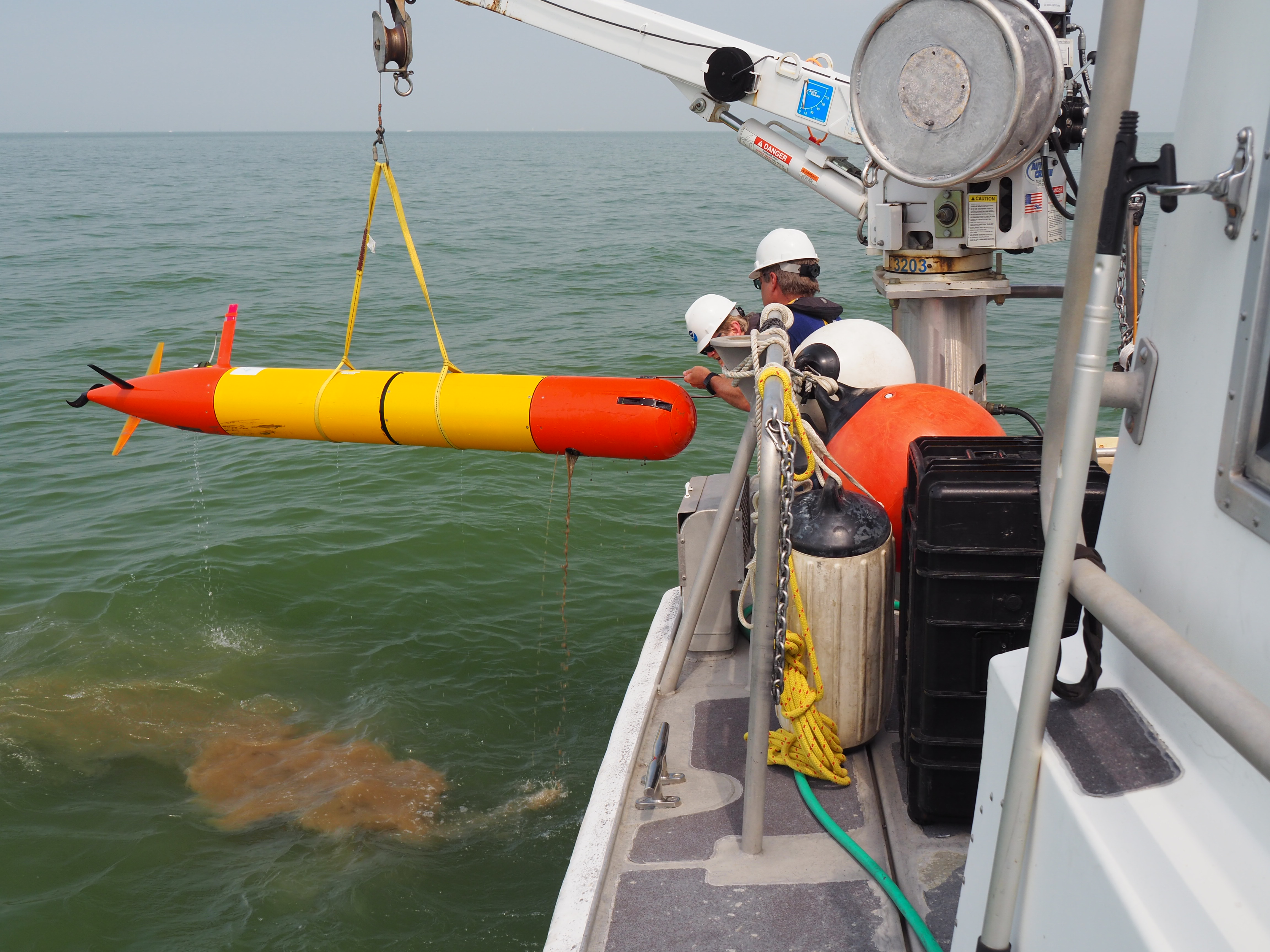 Den Uyl says that, “Further investigations into the microbial communities of HABs will help us to better understand and predict the potency of blooms, as not all large blooms are necessarily toxic. As the bloom microbial community dynamics are further elucidated, this research will provide insights into new forms of management.”

About the Project
GLERL and CIGLR, in collaboration with NOAA National Centers for Coastal Ocean Science (NCCOS) and Monterey Bay Aquarium Research Institute (MBARI), have supported the development of a new mobile, in situ HAB detection technology that facilitates toxin forecasting and genomic observations with greater frequency and more locations than previously possible.  The 3G-ESP enables adaptive biological sampling over weeks-long targeted missions.