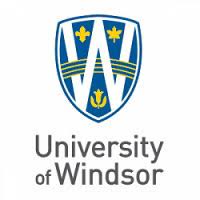 Background: Hypoxia in Lake Erie’s central basin has become one of the most widely-recognized symptoms of eutrophication and degraded water quality in the Great Lakes (Scavia et al. 2014). Often referenced by the misnomer ‘dead zone’, seasonal hypoxia results from excess production of organic matter that accumulates in the hypolimnion and sediments and leads to rapid oxygen depletion during summer stratification. The resultant hypoxic zone routinely covers several thousand square kilometers. Low dissolved oxygen (DO) concentrations threaten drinking water quality by decreasing pH and causing sediments to release iron and manganese, reduce fishery habitat, and alter biogeochemical cycling of nutrients, contaminants, and greenhouse gases. In response to these impacts, under Annex 4 of the 2012 Great Lakes Water Quality Agreement (GLWQA), the United States and Canada committed to “minimize the extent of hypoxic zones in the Waters of the Great Lakes associated with excessive phosphorus loading, with particular emphasis on Lake Erie” [Article 3(1)(b)(i)].

Problem 1: The GLWQA did not prescribe how ‘extent’ should be evaluated. The Annex 4 subcommittee, which interpreted this objective to establish the phosphorus load target, used an average DO concentration rather than spatial extent as a metric (Annex 4 Objectives and Targets Task Team Final Report to the Nutrients Annex Subcommittee 2015). All of the potential indicators of hypoxic severity have difficulties associated with their measurement and quantification. Past analyses used the rate of change in DO concentration to track interannual hypoxia variability (Burns 1976, Charlton 1980); more recently authors have used geospatial statistical methods to estimate maximum hypoxic area (Zhou et al 2013). This latter approach relies heavily on DO monitoring by the US Environmental Protection Agency’s Great Lakes National Program Office at 10 locations within the central basin. While these stations have the longest consistent record, they are all located at depths of > 20m and do not reflect patterns that current research has shown to occur in shallower areas around the periphery of the basin. Because the hypolimnion is thin in shallower areas, oxygen depletion occurs more rapidly in shallow than deep areas. Thus, in contrast with the conventional wisdom, hypoxia tends to progress from the nearshore to the offshore (Rowe et al. 2019). This spatial progression makes the average DO concentration and hypoxic spatial extent difficult to quantify with the current monitoring network. Another possible approach is to quantify the duration of hypoxia, either in discrete areas, as a basin-wide average, or as a derived variable incorporating both duration and space. This approach may be best suited to describing dynamics at the edge of the hypolimnion, but like the other measures of extent it is critically dependent on sparse observations at the periphery of the hypolimnion. There is no requirement that a single measure of extent must be identified and a combination of these dimensions may ultimately prove to be most useful. Therefore, a primary objective of the proposed CIGLR summit is to develop an approach to track progress in reducing hypoxia, in response to management actions that are underway to meet the recently updated phosphorus load targets. This includes reporting that emphasizes getting data to end users at the resolution, timeframe and formats necessary to support decision making and resource managers. Implementation of this approach will require commitment to maintaining the necessary data sources into the future.

Problem 2: Tracking interannual variability and assessing progress towards the GLWQA objective requires coordination with data collection programs and with models used to understand patterns and drivers in the lake. The GLNPO surveys provide a valuable and consistent long-term record in the deeper part of the basin. This monitoring effort can, and has been, enhanced by more frequent observations at the same locations, data sharing and cross-validation of instrumentation and methods. However, shipboard observations are expensive and even a high frequency schedule may not be adequate for the short-term dynamics caused by hydrodynamic movements and weather. A number of programs have recently deployed stationary data loggers or moorings. This approach is enabled by advances in sensor technology that improve stability over longer periods of time and these efforts have identified short-term dynamics and nearshore patterns that were previously unknown. Autonomous underwater vehicles such as gliders are now being deployed to collect high-resolution spatial and temporal data with respect to hypoxia, but the operations remain in the exploratory stage and widespread surveys have not been accomplished. Models that incorporate lake physics and hydrodynamic movement have shown great promise in recent years, particularly in understanding the timing and spatial coverage of hypoxia in the thin hypolimnion closest to shore. Provided the necessary data for validation, these models could be used to estimate any of the measures of extent. Tracking interannual variability in hypoxic extent, however defined, will increasingly rely on a combination of data sources and models, which leads to our second aim of identifying data requirements and gaps that should be addressed through enhanced monitoring programs.