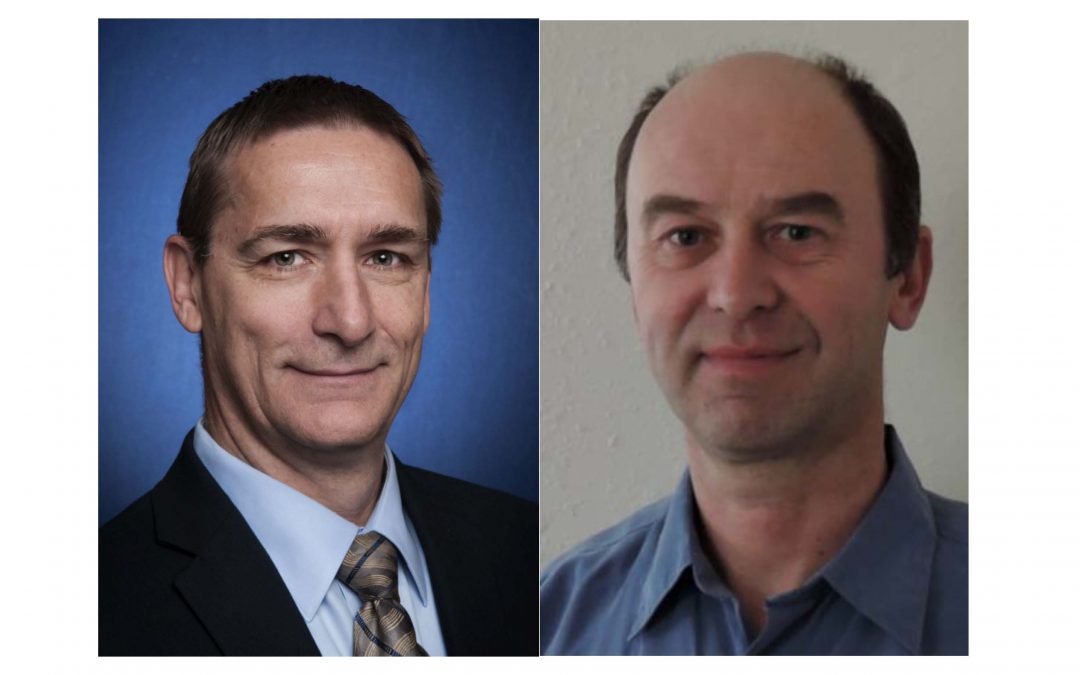 The Board of Regents has approved a recommendation to promote Tom Johengen and Dima Beletsky to the rank of Research Scientist within the School of Natural Resources and Environment at the University of Michigan. This promotion represents a significant career milestone for our wonderful colleagues. CILER would like to congratulate them on this achievement as it is a culmination of years of outstanding work, not only for the University of Michigan, but also for CILER.

Tom Johengen came to CILER in 1991, directly after he earned his PhD in the Department of Atmospheric and Oceanic Science from the University of Michigan. He became an Associate Research Scientist both at CILER and SNRE in 2009 and was the Director of CILER from 2000 to 2005. Beginning in 2009, he has served as the Associate Director. Many aspects of Tom’s career show his excellent record in research, including the quality of his publications, excellent grant support and leadership and service to the university and the Great Lakes. The research Tom does focuses on nutrient biogeochemistry, lower food web dynamics and invasive species ecology. This includes work related to harmful algal blooms (HABS) in Saginaw Bay and Lake Erie and how invasive species and re-suspension events impact nutrient fluctuations. Over the course of his career, Tom has received many awards including his 2013 U-M’s Research Faculty Achievement Award. The scientific research Tom has done and will continue to do is crucial to the long-term sustainability and management of the Great Lakes.

Dima Beletsky began his work with CILER in 1995 as a Visiting Scientists where he transition into the Research Scientist route within CILER and SNRE. The work Dima has done over the course of his career focuses on two main research topics, physical processes and hydrodynamic and biological coupling. Dima is considered a physical modeling expert and his publications on this topic have been consistently well-received by his peers. In addition, Dima performs collaborative and interdisciplinary work at the intersection of hydrodynamics and ecological and biological processes allowing him to extend his research. Dima’s work related publications have received numerous awards including the Best NOAA Oceanic and Atmospheric Research Scientific Paperaward and the Chandler-Misener Award for most notable paper from the International Association of Great Lakes Research, which he received twice, once in 2008 and again in 2015. Dima is a highly valuable member of the CILER team and we know he will continue to be a productive, influential and in-demand researcher whose work will continue to contribute to our understanding of Great Lakes physical and biological processes.

Again, congratulations to Tom and Dima on such an amazing accomplishment! We are excited to see their outstanding work continue!