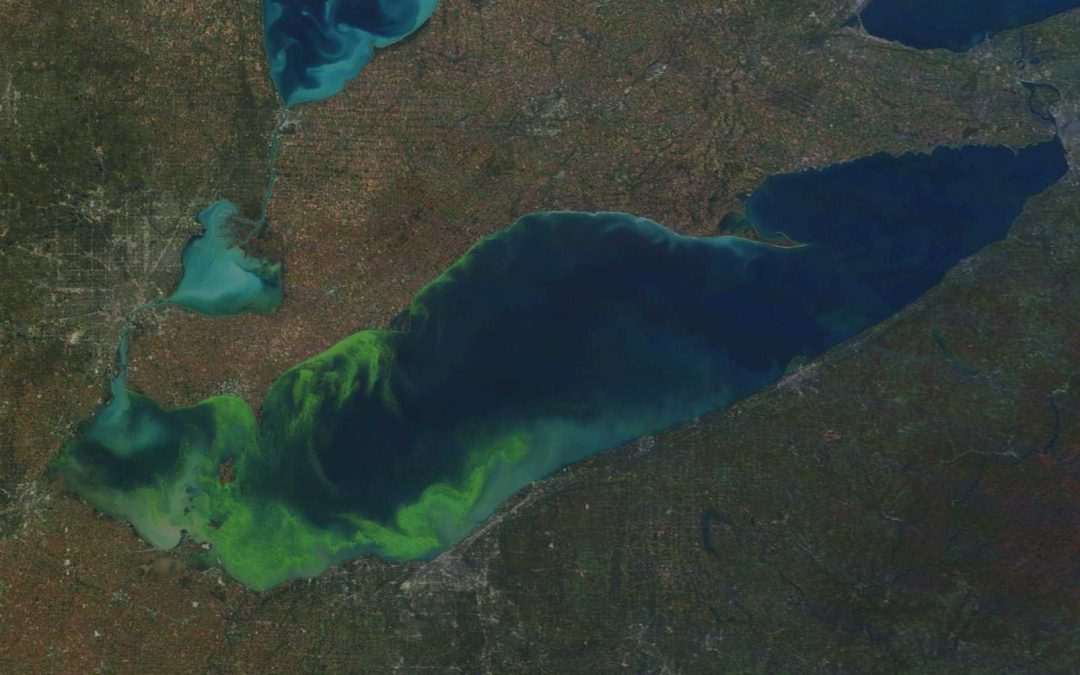 CILER Research Scientist, Dima Beletsky is a co-author for a paper on hypoxia in Lake Erie that was just published in Environmental Science & Technology!  See full abstract at http://pubs.acs.org/doi/abs/10.1021/es503981n.

This team of researchers from the Carnegie Institution for Science, University of Michigan, Environment Canada and Heidelberg University used 28 years of data on hypoxia in Lake Erie (from 1985 to 2012) to develop a statistical model of its interannual variability. Overall, four major factors:  April to June river discharge, May to July soluble reactive phosphorus (SRP) loading, July wind stress, and the duration of June north-westerly winds explained 82% of interannual variability of hypoxia. This result indicates that evolving meteorological conditions need to be considered in addition to nutrient loading in the development of management strategies for Lake Erie, and more broadly the Great Lakes system, especially as both extreme precipitation and drought become more frequent under a changing climate.

Hydrodynamic modeling conducted by Dmitry Beletsky (University of Michigan/SNRE/CILER) offered mechanistic explanation of one of the factors. It was hypothesized that the significance of northwesterly wind duration in June, two months prior to the onset of the hypoxic season, is related to its role in producing strong eastward flow along the southern shore of the western basin, and therefore aiding in the delivery of nutrients from the Maumee and Sandusky Rivers to the central basin. Given the orientation of the south coast of the western basin, northwesterly winds are expected to produce eastward coastal flow. To test the hypothesis about June northwesterly winds affecting eastward flow of nutrient-rich water, simulations of Lake Erie circulation for several prototypical years were used. Results show a systematic increase in June flow along the southern lake boundary from the western to the central basin as the duration of northwesterly winds increases. The flow in the strait south of South Bass Island, which is a good indicator of the strength of the south coastflow into the central basin, was found to be highly correlated with northwesterly wind duration for the six examined years. The difference in June circulation between the year with the highest (2010) and the lowest (2005) duration of northwesterly winds among the examined years shows the enhanced eastward flow in 2010. In the hydrodynamic model, the flow in 2005 was very weak and in some areas actually directed toward the Maumee River, unlike in 2010 when it was strongest among the examined years. The total flow south of South Bass Island was approximately 5-fold higher in 2010 (1582 m3/s) than in 2005 (298 m3/s), and 62% higher than average (974 m3/s), while the duration of northwesterly winds was approximately double (143 h versus 74 h) in 2010 relative to 2005. Lake circulation patterns control transport of nutrients in Lake Erie, and this increased transport from the western to the central basin in June coincides with the period identified as critical for SRP loading (May to July), and is well aligned to deliver nutrient-rich water from the Maumee and Sandusky rivers into the main portion of the central basin. Therefore, northwesterly winds in June represent increased transport, and thus delivery of nutrients, into the central basin. Once in the central basin, this nutrient load can spread throughout the basin fairly quickly due to basin-wide circulation that greatly intensifies in July and remains strong through the rest of summer and fall.